In a publication of the Ontario Historical Society, a chapter entitled The Settlers of March Township, by Mrs. M. H. Ahearn, the following states: "The first settler to locate was Captain John Benning Monk, of H.M. 97th Regiment, who arrived in June, 1819, having been paddled and portaged in boats from Montreal, where he had the misfortune to lose his baby daughter. Leaving his wife in Hull, Captain Monk proceeded by river to March, where, with his soldier servants, he constructed a rude shanty, to which he brought Mrs. Monk, and which was aptly named 'Mosquito Cove' by the much tormented occupants, and the name remains to indicate the locality, though the building has long since disappeared. The little house was not altogether weatherproof, as we may imagine, and it is told of Mrs. Monk that, during heavy rainstorms, she made an ingenious use of a large tin tea-tray as a shelter from the dripping roof for the baby in its cradle, and listened complacently to the tinkle of the rain-drops, feeling sure that baby at least was cool and dry."

Arthur Lloyd Monk is mentioned in the book "Ever Glorious" by Brigadier Bernard Rigby. This book is the definitive history of the 22nd Cheshire Regiment. Arthur Lloyd Monk joined the 22nd Cheshire Regiment just prior to 1850. He participated in the expedition against the Boree Afreedies 29th Nov 1853, under Colonel Boileau. As a Lieutenant at the time, he received the India General Service medal, clasp North West Frontier. He continued his service in India until 1855 when his Battalion returned to England. After service in Ireland the Battalion once more travelled overseas to serve in Malta. In March 1863 the 1st 22nd left Malta journeying to Canada and Fredericton. While in Fredericton, the 1st 22nd enjoyed many outdoor pursuits. The photo above was found in an album of Officers of the 22nd Regiment, taken while the officers were posted in Fredericton about 1866. Acknowledgement for the above information about Arthur Lloyd Monk to Geoff Crump, Regimental Researcher for the Cheshire Regiment Museum.

Anne Cole Monk died on November 8, 1873 at Woburn Rd., St. Paul, Bedford, in the County of Bedford, England. She was aged 53 years and the wife of Arthur Lloyd Monk, Late Major 22nd Regiment. Her death was certified to be caused by Tabes. R. H. Kinsey was in attendance and was the informant of her death. 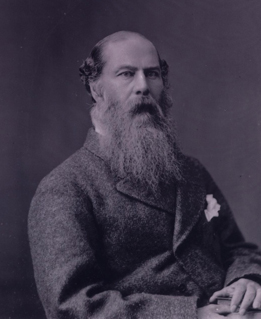 A fenced grave is situated a few yards south of the road between mileposts 44 and 45 on Colorado 114 west of Saguache. The tombstone reads:

Arthur Lloyd Monk Jr. was born in England on October 26, 1857. Arthur who came to the United States in 1877 and was working as a stenographer. He married Charlotte M. Breckenridge in Morrisburg, Ontario on February 16, 1882. At that time, Arthur and Charlotte moved to Colorado.

The Saguache County Public Library published an article called "Remember When?" From the diary of Rev William Worthington, he wrote on August 24, 1885 that he had spent the afternoon at Rockecliffe, the ranch of Arthur Monk. It was a long but enjoyable ride of sixteen miles by upper road. They were met by Arthur Monk, his wife and two small children, Frances Ethel and Benning Arthur. The Reverend wrote that they stayed up late talking and found there were many friends in common back in Canada. Miss Florence Forrest was there as a sort of governess for the children.

The US Census of 1920 shows Arthur Lloyd Monk and his wife Charlotte living in Denver, Colorado. Arthur is about 60 years of age and working as a secretary for the rail road. Their daughter Frances Ethel Monk married George Lapham Penley who was born 1884 and died 1941. George Benning Monk married, and died June 21, 1946 in San Francisco.